The odds of experiencing a public mass shooting in first person are low. Approximately 411 people have died in such tragic events during the past decade in the United States. However, the high saliency of mass shooting events might induce changes in behavior that may pose an external cost on society. In this paper, I estimate the impact of indirect exposure to high profile acts of violence on behavior by using information on 45 mass shootings from 2003 to 2016. Using individual-level data, I find that being within 250 miles shortly after a mass shooting, individuals overall activity levels decrease by 1.7 percent. This decline is equivalent to a daily 16 minute walk. For an average weight person, this decline would mean 50 less calories burned per day. The decline in activity is mainly explained by a 10 percent decrease in minutes of moderate to vigorous activities and are driven mostly by individuals under 30. In addition to a decrease in activity levels, I find an increase in the probability of having more days where perceived mental health is poor. And interestingly, I find and an increase in the probability of binge drinking. Finally, I also find a statistically significant decrease of 15.6 minutes worked per week shortly after a mass shooting has occurred. These results show that aside from direct victims, mass shootings also impact the short-term behavior of a broader portion of the population. 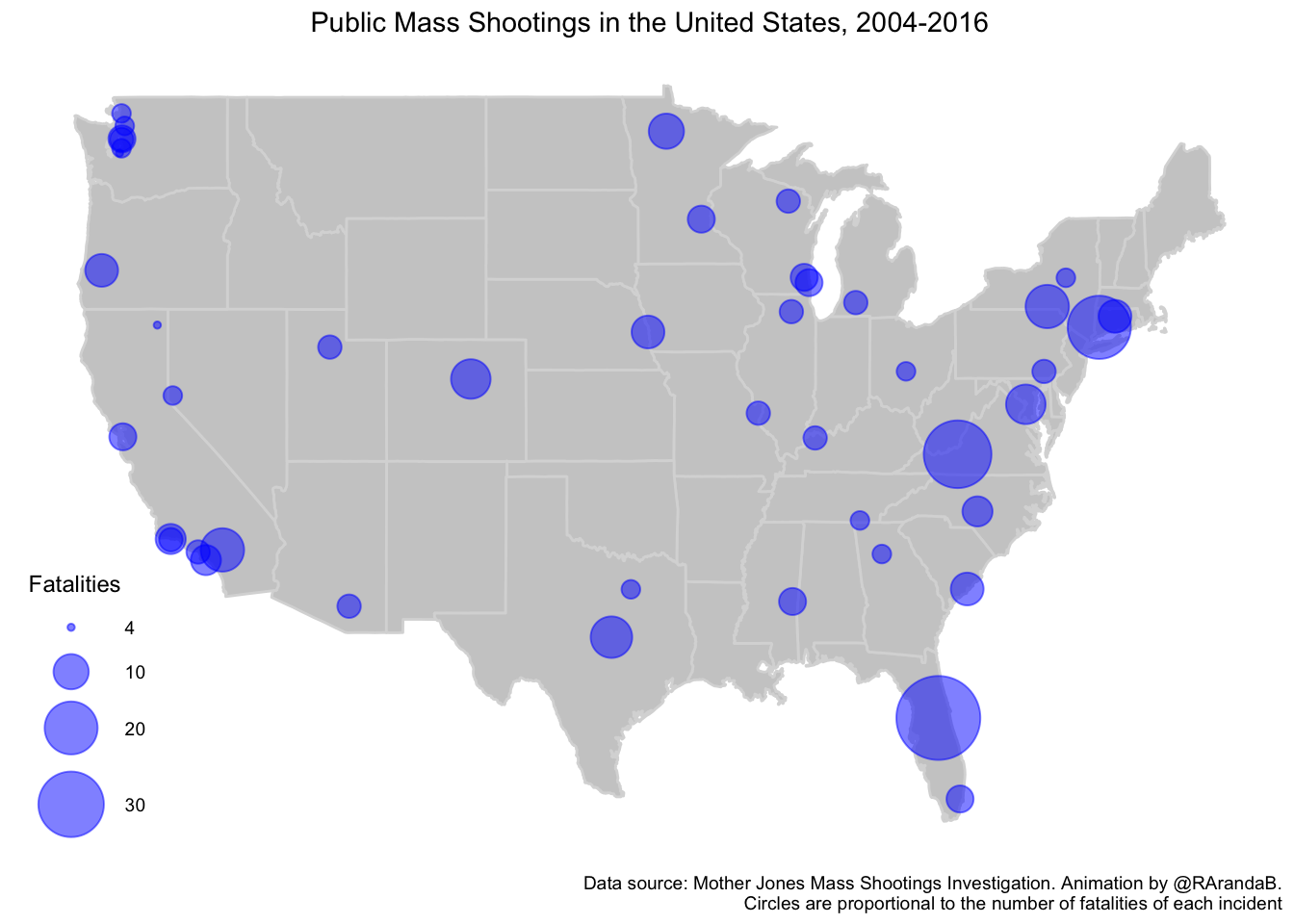 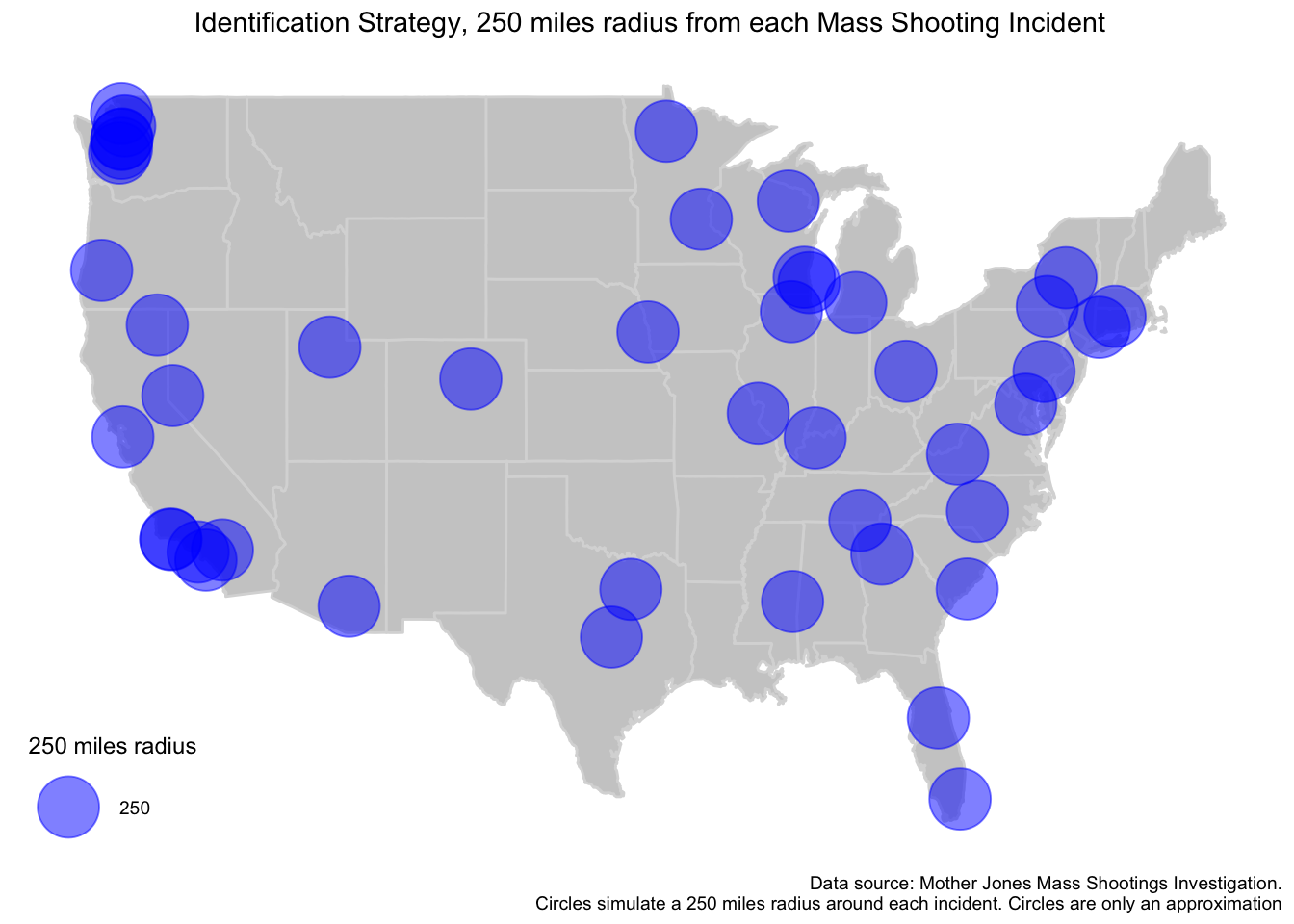 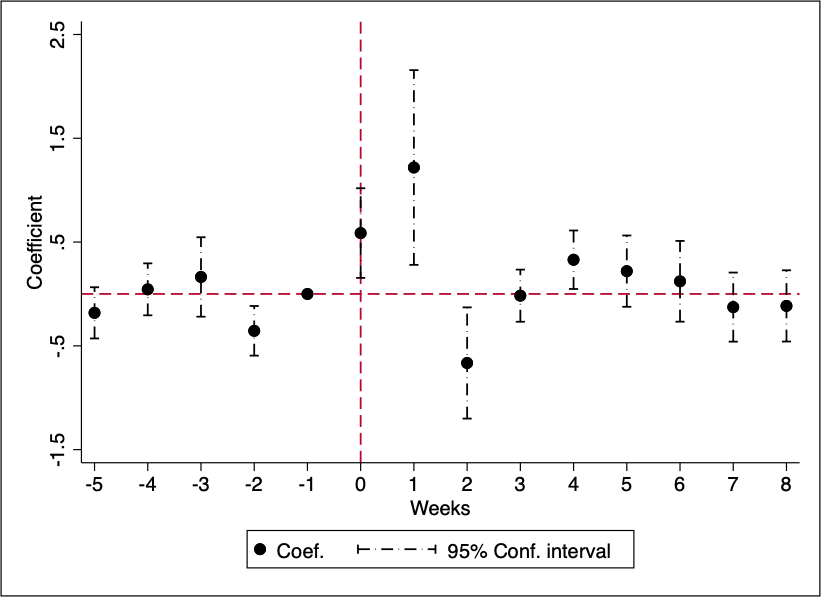 Effect of Exposure to Mass Shootings on Searching Behavior

Changes in Activity Levels after Indirect Exposure to Mass Shootings 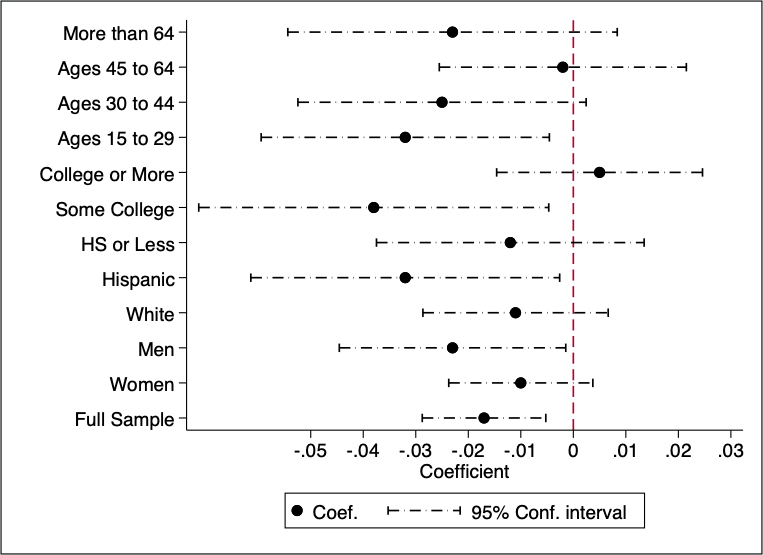 Effect of Exposure to Mass Shootings on Activity Levels